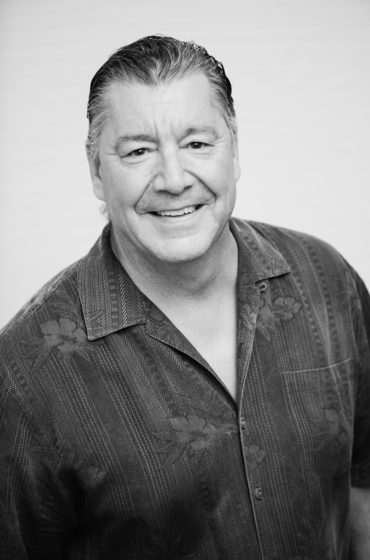 The professional lighting and entertainment industry is shaken by the loss of Bob Johnston, a 40-plus-year veteran of the sector who passed away peacefully, surrounded by family, on December 2, 2021. Johnston was 61.

The professional lighting and entertainment industry is shaken by the loss of Bob Johnston, a 40-plus-year veteran of the sector who passed away peacefully, surrounded by family, on December 2, 2021. Johnston was 61.

Prior to his two decades with Christie Lites Sales, Johnston began his career in 1976 with Canadian Staging Projects, where he started in the back shop before he would start doing calls at venues such as Maple Leaf Gardens (Johnston’s love of hockey is well-documented) and The Royal Alexandra Theatre; he would also go on to complete the Civil Engineering program at Ryerson Polytechnic Institute during this period, before joining Canadian Staging Projects full-time.

Johnston’s career would then take him to William F. White Ltd. in 1982, where he would make his name in the film and TV realm through his service in sales and marketing operations. After his time with WFW, he went on to spend about five years with Matthews Studio Group in Burbank, CA until July 2001, when he joined Christie Lites Sales.

Johnston is survived by his wife Karen, children Ryan and Stephanie, grandchildren Alexandria and Isla, brother Mark, and remembered by his extended family alongside many friends and professional colleagues.

If I tabled a great "Bob story," it is about Bob endorsing the idea of going to a cowboy bar in the middle of nowhere in the middle of the night around Canmore, after a CITT show in Calgary that was right out of a movie.

Everybody had a pickup truck with a gun rack in the parking lot or got there on a snowmobile. About 12 of us ‘theatre people’ walk in the door at the same time, coming right from a trade show in suits and slacks/sport jackets; and almost everybody in the bar is wearing a cowboy hat.

You could literally hear the beer cap drop on the bar and go wobble, wobble, wobble 'till it stopped in the dead silence like some scene out of an old spaghetti western movie. Possibly the largest visual aspect of our intrusion was that Penny Wattier, a blonde woman, and a lighting rep named Thierry from Italy who was immaculately groomed and wearing leather pants were the first to walk in through the door and be noticeably out of place.

We all thought that this was going to now migrate to the bar scene in the Blues Brothers movie with a brawl. I can’t be sure, but I’m fairly confident that it was Bob’s voice over the dead silence saying something like "We found the beer and the music so let’s party!" The rest button had been pushed and we all then made a bunch of new friends that I do recall smelled significantly different than any of us.

The 120-plus-KPH marathon drive through a snowstorm in the pitch black valleys of the mountains getting there was a whole other front half of the story, each experienced differently in whichever car they were driving there in. Harry, my western rep, and I were the last of the procession in a clunky U-Haul cube van loaded with gear, almost out of gas and barreling down the road trying to keep up to the five cars in front of us. The van had no interior lights, so we couldn’t see how fast we were going; and when we got out of the truck in the parking lot with our hearts pounding out of our chests, everybody commented in amazement that we didn’t go off the road at that speed - we had no idea of how dangerously fast we were going.

You can’t make this stuff up; but then, that was Bob’s life, I think.

Bob Johnston: an industry icon that influenced - over an epic career - striking change to the Canadian theatrical/architectural/architainment entertainment industries. Astute, ambitious, passionate, and yet personable, Bob influenced the business and personal lives of many who will keep with them and remember their own personal anecdotes that remind them of the epic personality that was Bob Johnston.

Bob made things work. “Problems" were “challenges”. He never relented on what he believed in, yet, was wholly capable of compromise and moving his position based on an environment to benefit any “challenge”.

One of many anecdotes (there are gems), a crucial last minute meeting; Bob wearing street clothes one particular day (in contrast, in early years Bob typically was impeccably "suited up"): “Hey, I’ve got to attend a last minute important meeting, I need a suit and your suit will fit me - let's switch clothes!”

Who else do you know that would attend a meeting wearing someone else’s clothes - a suit, as his own - that had only minutes earlier been the property of someone else? Bob Johnston - and with that confidence and smile that dominated a room or meeting. Power Suit 101.

Ever been in Las Vegas having a great time late in an evening and bought 74-or-so Big Macs with fries and Cokes for everyone in the restaurant? Bob.

While Bob was indeed business-minded, his success can be credited to an astute evangelistic persona of closing relationships, not the specific deals. Bob was the Canadian lighting industry's evangelist who specialized in his acute vision of precise, yet sincere relationship-building. He implicitly understood the lines of business vs. pleasure, and maximized both to the benefit of most any circumstance.

From Canadian Staging Projects (CSP), to Rosco Canada, Bob's incomparable persona and interpersonal sales skills elevated his ambitions that succeeded in becoming Vice President at William F. White (Sales) Limited, and putting the entity on the top shelf as Canada’s largest theatrical and architectural lighting provider. Bob Johnston, largely, was single-handedly responsible for Willam F. White (Sales) and recruiting many of the best sales and technical and support personnel in the industry. Team Building 101.

Accomplishments that would fulfill many personas. Not Bob Johnston… Bob’s next professional feat was to experience U.S. success within LA's Matthews Group subsidiary, The Expendable Supply store.

But wait, there’s more. Returning to Canada, Bob joined Huntley Christie's Christie Lites and then pretty much single-handedly (again) directed Christie Lites Sales from a minor side entity of Christie Lites (as the emerging dominant stage lighting services rental house in the US) to become Canada's premier theatrical and architectural lighting supplier, as he did with William F. White (Sales), with now an unparalleled market share eclipsing all others - by a long shot.

If all the aforementioned wasn’t enough - and it would be for most - Bob’s commitments were not lost on his family life. His love for his family - wife Karen, daughter Stephanie, and son Ryan - and the birth of grandchildren that delighted Bob as I had never seen.

Bob knew the balances - work/life balances - and embraced them. Evangelized with an infectious optimism that was obvious to all that knew him. AND, a huge hockey fan both as an advocate and player!

There is no contesting: Bob Johnston is remembered as the lighting entertainment industry icon who affected - and infected - those around him to adopt new ways for approaching business, relationship-building, and ambition, marrying the personal vs. business dichotomy - across Canada.

For this, Bob Johnston has earned the respect and admiration of an industry that has been influenced and redefined in ways that few other personalities have impacted. On par with - among the list of industry icons both past and present - only a handful of others for whom our memories never fade for their contributions. Great company to be associated with, Bob.